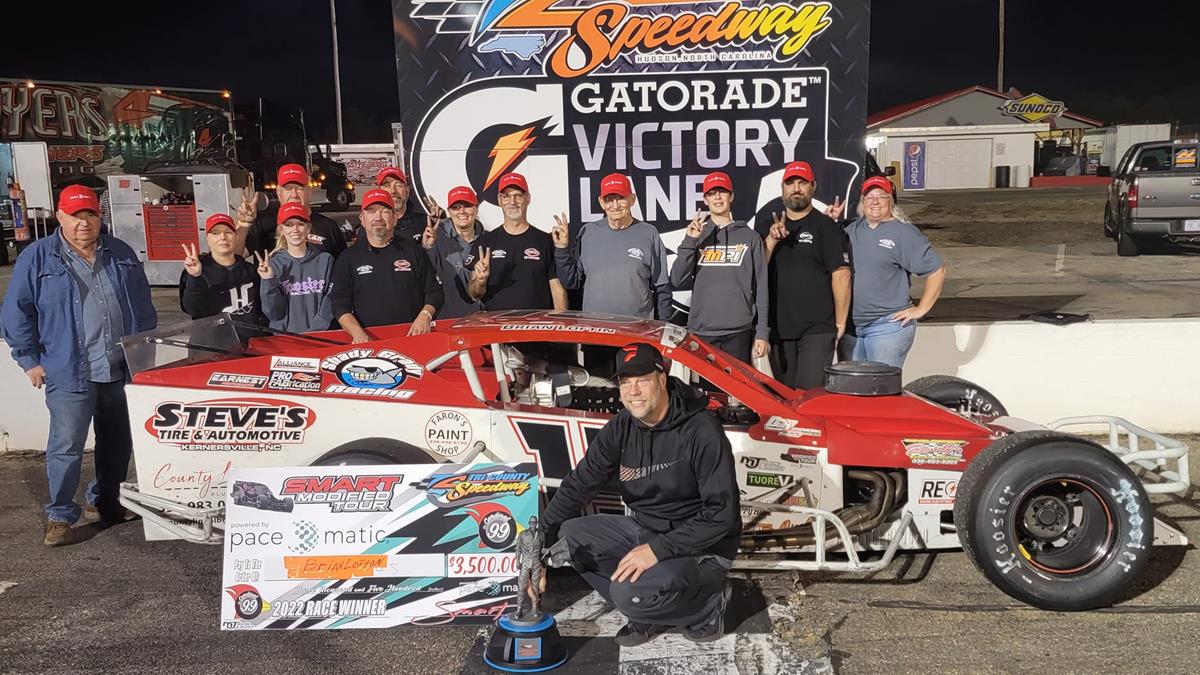 Saturday night was one for the ages with great racing at Tri County Speedway.

The Renegade Division took to the track for the next race on the docket. Klint Townsend (#9) had the fastest lap of 19.468, 73.967 mph. However, the top 5 were inverted for the start of the race. This placed Shawn Thompson (#1.5) in the lead spot coming to green. The 35 lap event was going rather smoothly until a caution was displayed for debris on the track entering turn 1. Once racing resumed, Steve Smart (#16) crossed the finish line first. He was followed by Klint Townsend (#9). Scottie Brewer (#28) came home third.

The track was then turned over to the two visiting touring series. The USAC Eastern Midgets was the first of the two touring series to showcase their cars and drivers. Logan Sulyi (#19) had the hot lap of the night for the midgets with a lap of 15.479, 91.842 mph. The first 6 were inverted for the start. Therefore, Brady Allum (#87JR) was the first to see the green flag. The 30 lap race saw the first caution on lap 4. This was because of the Mike Ward (#80) car getting into the outside wall on the backstretch. Dillon Thomas (#2) was the reason for the yellow flag on lap 8. The race was red flagged to check for oil on the track. The race was set for a sprint to the finish at that point. Hunter Wise (#47) came across the line first, followed by Brady Allum (#87JR). JT Bierman (#1) rounded out the top 3.

If you heard thunder in the area, it wasn't from the weather. It was the powerful SMART Modifieds roaring to life. The event feature included a purse of $18,000. This race also included 2000 Nascar Cup Series champion, Bobby Labonte. Burt Myers set a new track qualifying record of 14.496, 99.337 mph. Caution #1 was on lap #9 when Johnathon Brown spun in turn 2. Greg Butcher brought out caution #2 when he hit the inside wall on lap 13. The SMART Modified tour has its own method of stage racing. The planned caution flew at lap 30 and stage points were awarded at that point. The racing was fast and furious to the checkered flag from that point. It appeared that Burt Myers was the winner. Post race inspection was the demise of Myers. He failed to pass and was disqualified. At that point, Brian Loftin (#15) was declared the winner. Brandon Ward (#2) also moved up 1 spot to the #2 position. Caleb Heady (#7NY) took the final podium position.

The night was topped off by the Front Wheel Drive Division. Kayla Powell was fastest in qualifying at 19.660, 73.245 mph. The top 3 were inverted for the start and Rayna Holland was the pole sitter for the event. The first caution involved Brian Dodd, Rayna Holland, and Dana Maxwell in turn 4. Once the race went back to green, it only lasted until lap 8. Dana Maxwell and Kayla Powell brought out the 2nd caution. Bradlee Jones spun in turn 2 on lap 11 which brought out the third caution. The last caution of the night came out when Dana Maxwell lost control of her car on the backstretch. Kayla Powell had nowhere to go and t-boned Maxwell. This caused both drivers to retire for the night. James Powell (#27) was the familiar winner. However, he was pressed hard for the win by Rayna Holland (#10) in second. DeWayne Smith rounded out the top 3.

Racing is rapidly winding down this season with just 2 more races scheduled. Tri County appreciates all the support this year from fans, drivers, and teams! It has been a very successful year! We hope you will be back for next Saturday night's race. Champions are set to be crowned over the coming weeks and everyone needs to be here to celebrate with their favorite drivers. Thank you for being here and making Tri County the premier racing facility in the area.